Be Sure to Maintain Your Federal Student Aid Eligibility

The Limited Usefulness of Moral Codes for Ethical Behavior (Part I)

The stunning color film photographs were taken by the Apollo astronauts and brought back to Earth for development before release to the public. They are a striking departure from the murky TV images, broadcast live during the landing and moonwalk.

Those live pictures, from nearly a quarter of a million miles away, showed men on the moon.

Nearby: his toddler twin brothers (“probably asleep,” he supposes), older brother Danny, and his parents.

“Even the adults were awestruck,” Grinspoon says; they watched “with a sense of reverence.”

And perhaps with a sense of personal connection. The father, renowned Harvard professor and psychiatrist Lester Grinspoon, was a colleague and confidant of the celebrated astronomer Carl Sagan. (“My closest friend,” Lester once said; “I called him ‘Uncle Carl,’” says David.) 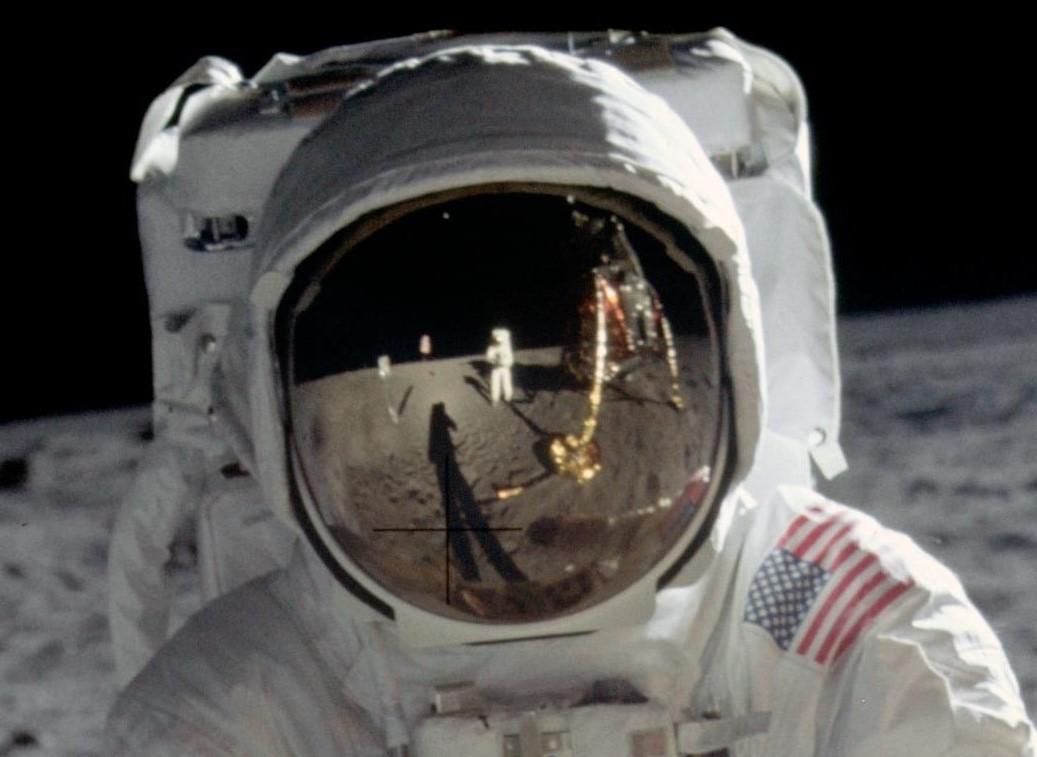 A close-up of the previous image. Armstrong took Aldrin’s photo with a Hasselblad camera mounted on his chest bracket. Look closely and you’ll see Armstrong’s reflection in Aldrin’s helmet visor.

For him, the day was pivotal. “It was a formative experience,” he says. “I’ve carried it with me my whole life.”

Today, Grinspoon is an astrobiologist and senior scientist at the Planetary Science Institute. He has authored or co-authored four books. He collaborates on NASA and European Space Agency missions. He studies, teaches, and lectures: exoplanets, icy moons, Venus and Mars, the possibility of life elsewhere.

“That moment launched me on a trajectory,” he says. “One I’m still on.” 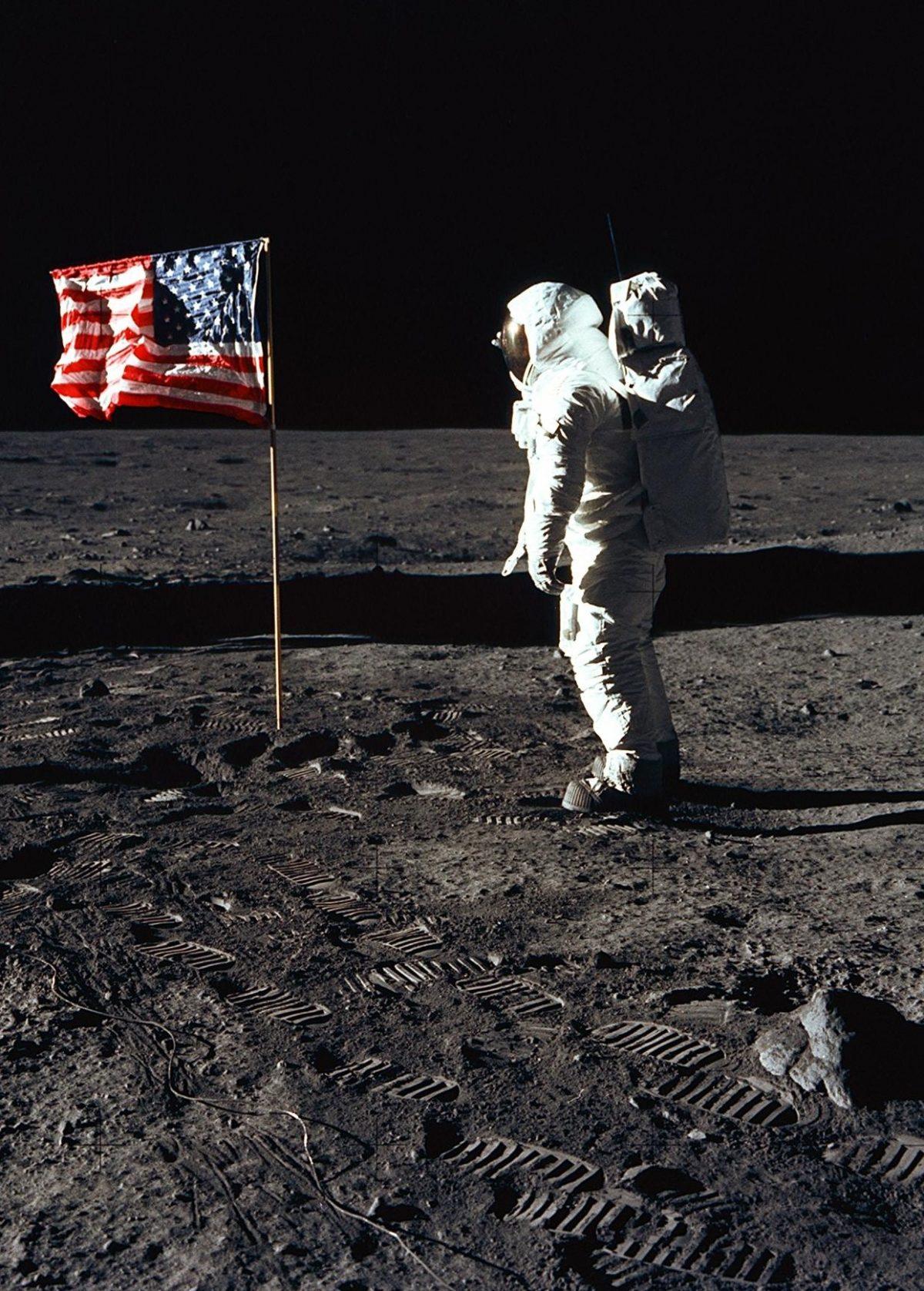 The iconic photograph of Aldrin with the US flag. Note all the bootprints.

Across the continent, in Yorba Linda, Calif., fourteen-year-old Linda Spilker watched the moon landing from her living room.

“Even now, just thinking about it gives me goose bumps,” she says.

“We had Walter Cronkite on TV. My dad was with me. I remember calling my mom and saying, ‘You’ve got to come see this. They’re going to walk on the moon.’

“And then all of us watched that grainy image as Neil Armstrong slowly went down those steps.” 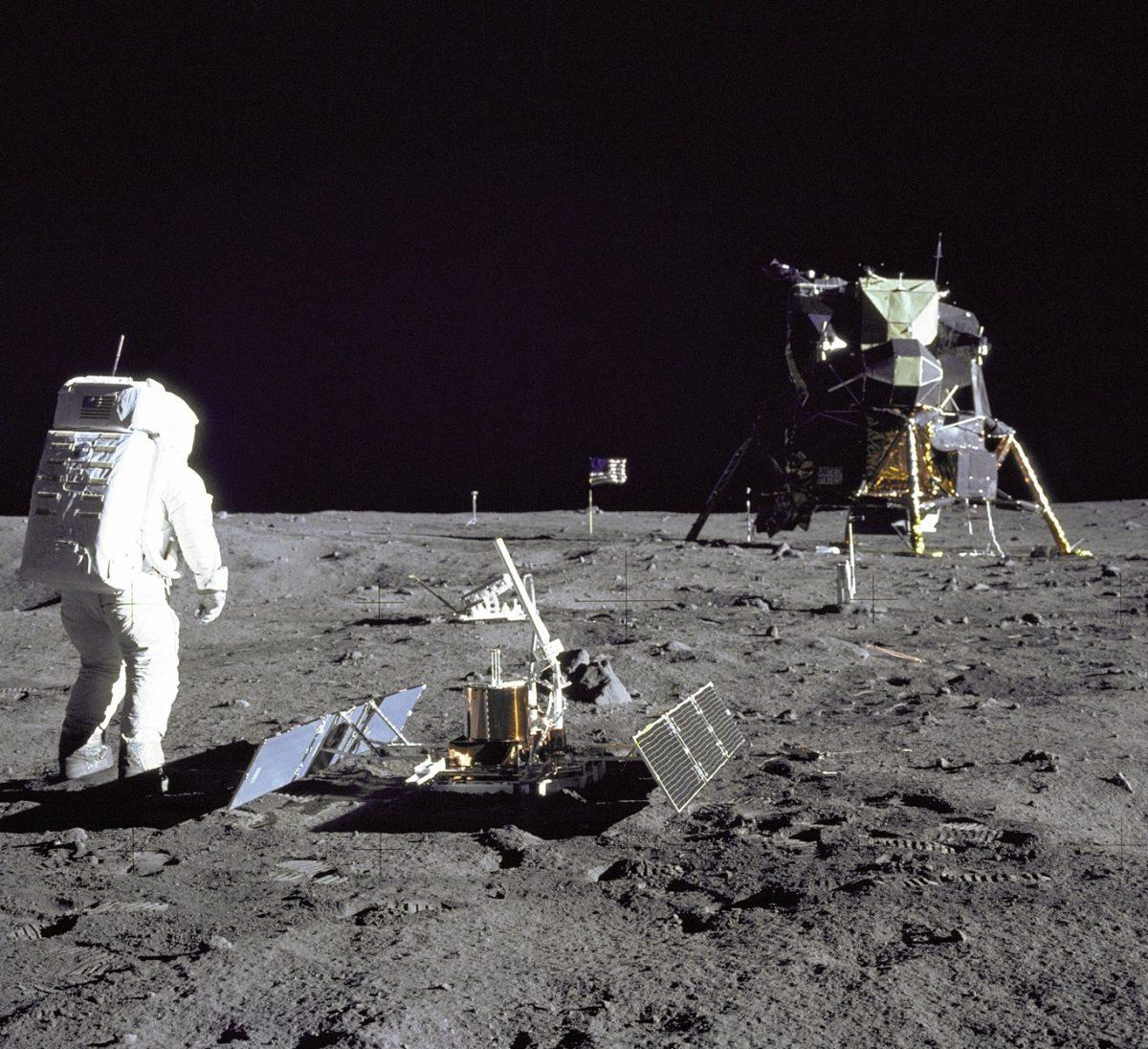 The “Early Apollo Scientific Experiments Package,” just deployed. The lunar module Eagle is in the background.

Space had long fascinated Spilker; as early as third grade, she looked at the night sky with a “tiny little telescope.”

But on this day, viewing those dim pictures of an alien surface, she saw the moon in a different light.

“I thought, ‘If they built a telescope on the far side of the moon, then I could be an astronaut—and go use the telescope to look even further into space.’”

“They said, ‘Do you want to work on this mission called Voyager?’ I said, ‘Where is Voyager going?’ And they said, ‘Jupiter and Saturn, and if all goes well, on to Uranus and Neptune.’ And I said, ‘Sign me up.’”

Since 2010, Spilker has served as the project scientist for Cassini, the satellite that probed Saturn.

“Cassini has revolutionized our understanding of the Saturn system, from the planet itself, to the rings, to the icy moons,” she says.

Now in her 43rd year with JPL, Spilker has looked further than she ever could have imagined. Apollo 11, she says, “definitely had an influence on where I am today.” 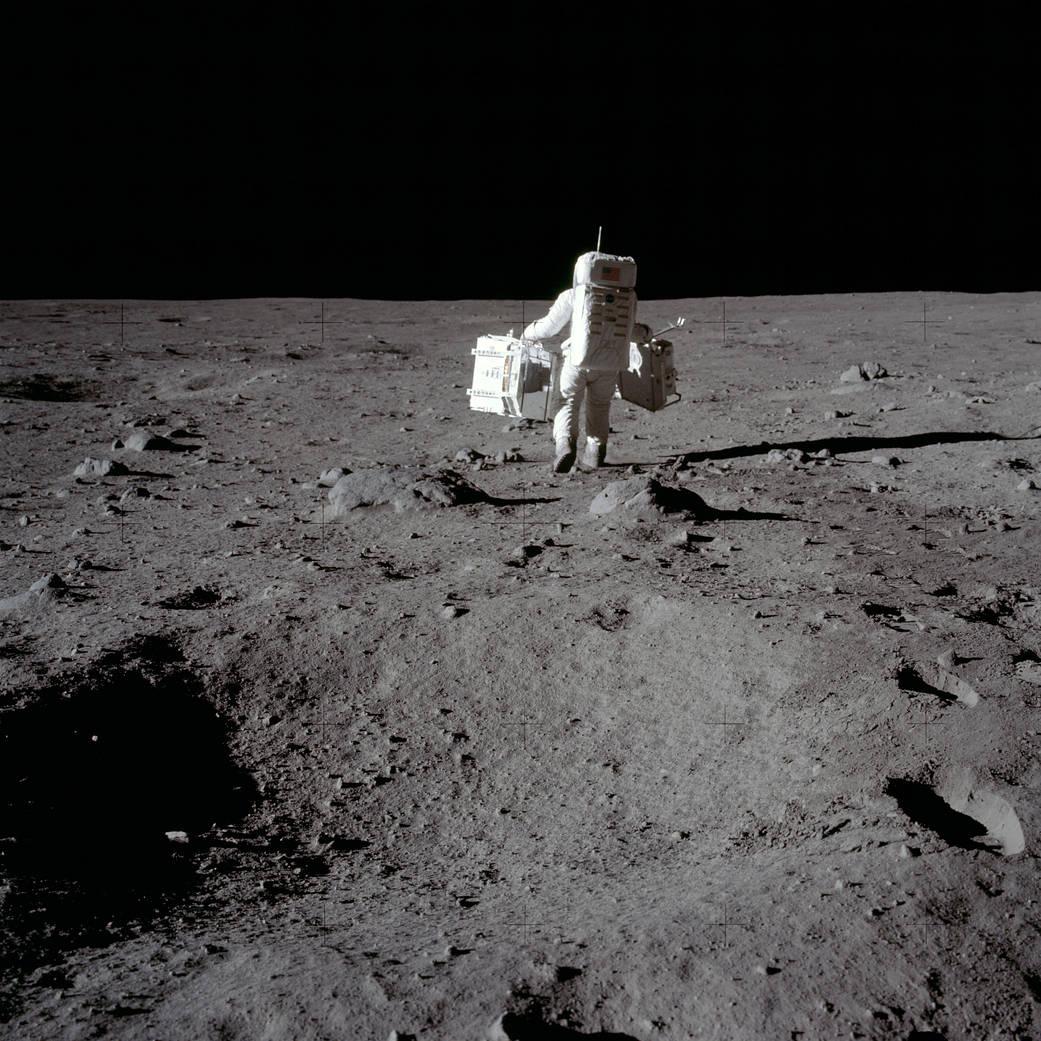 The Apollo 11 astronauts walked on the moon for about two-and-a-half hours. They stayed within approximately 100 yards of the lunar module.

Bruce Banerdt saw the moon landing amidst a crowd of more than 30,000.

“I was at the Boy Scout Jamboree,” he says.

Scouts from all over the US had congregated for the organization’s celebration at Farragut State Park in northern Idaho.

“We were able to watch the landing and the moonwalk on a big screen, right there in the wide open spaces with the stars over our heads,” he says.

“The whole place just erupted,” he says. “A huge, emotionally charged moment. Like when you’re in the last seconds of a football game and there’s a touchdown.” 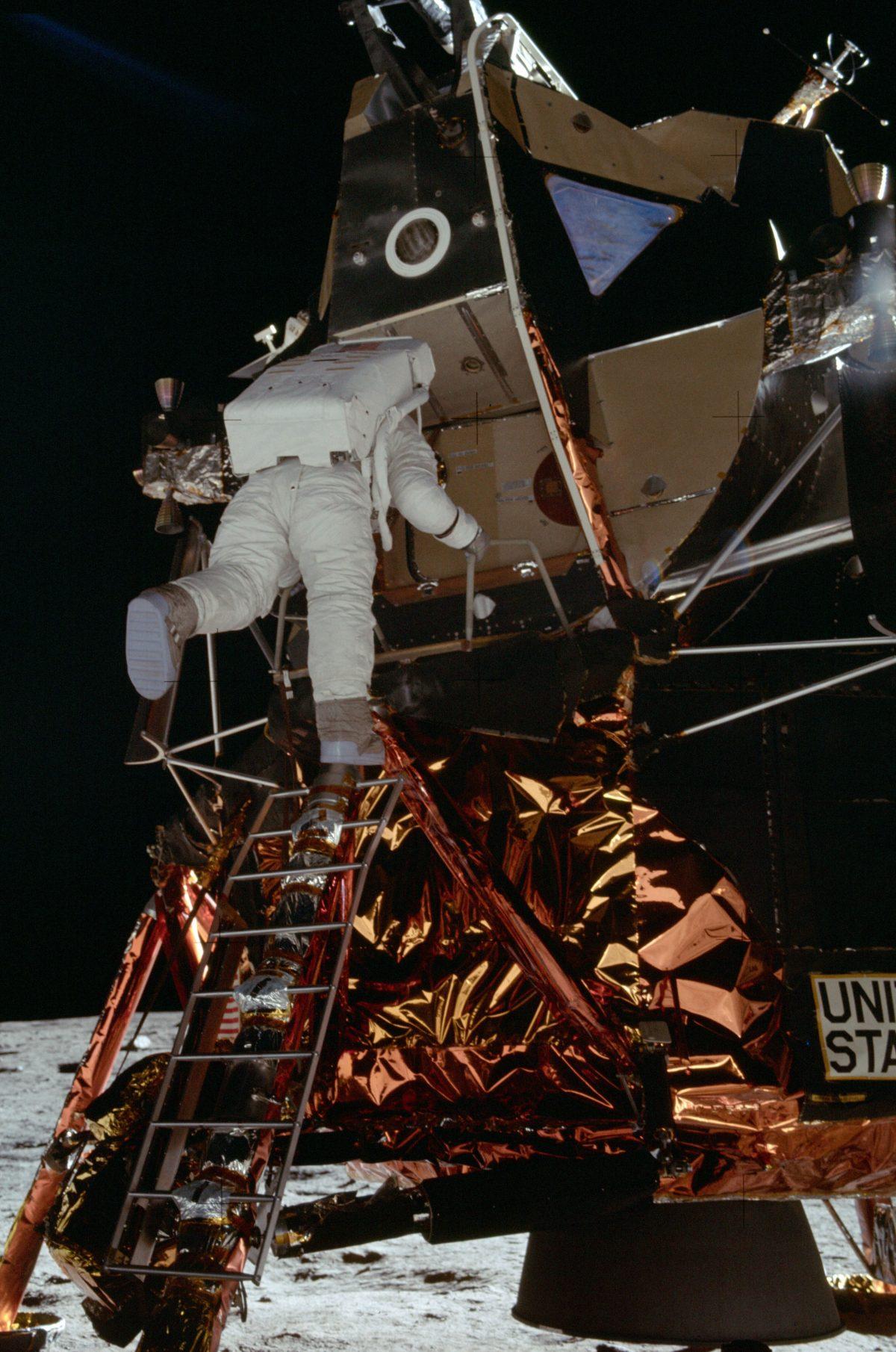 Aldrin descending from the Eagle. Only one full-body photo of Armstrong on the surface exists, and not a good one: he’s off to the side of the frame with his back to the camera.

Banerdt was then fourteen. But he was searching for space news in the Los Angeles Times by age five.

“I learned how to read just so I could follow the articles about the astronauts,” he says. “Í cut out every single story and photograph from 1959 through 1965 and pasted them into a scrapbook.”

Seeing the moon landing ignited his interest even more.

“I finally decided not to be a rock musician, but to go into science and engineering,” he says.

“What I’m doing now is a direct result of what happened that day,” Banerdt says. 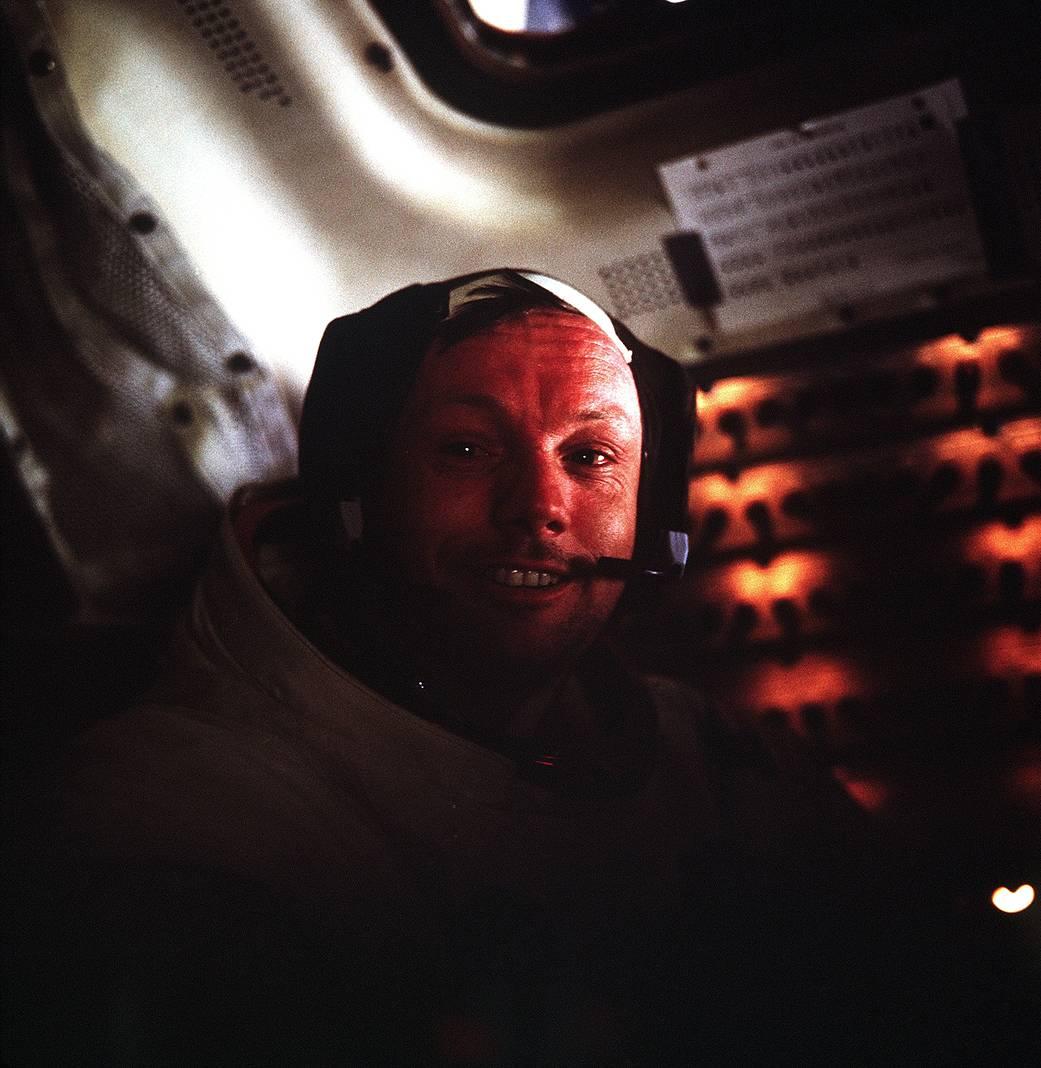 Neil Armstrong inside the Eagle after the moonwalk.

“Every minute of it, day and night,” he says. “I just devoured it.”

Which is why he couldn’t believe what his parents were about to do.

The landing was done—Stern’s family watched it on color TV from their home in Dallas—and the moonwalk was next.

His parents decided they’d go out to dinner instead.

“I told them they were going to miss it,” Stern says.

“I said, ‘You can go out to dinner anytime. This is once in a lifetime.’ I was incredulous.”

Stern stayed by the set, perplexed by his parents but motivated by the moonwalk.

“Seeing it made me want to grow up as fast as I could, get through college, get trained, and find a job in the space industry,” he says.

Today, Stern is the principal investigator on NASA’s New Horizons mission to Pluto and the Kuiper Belt. 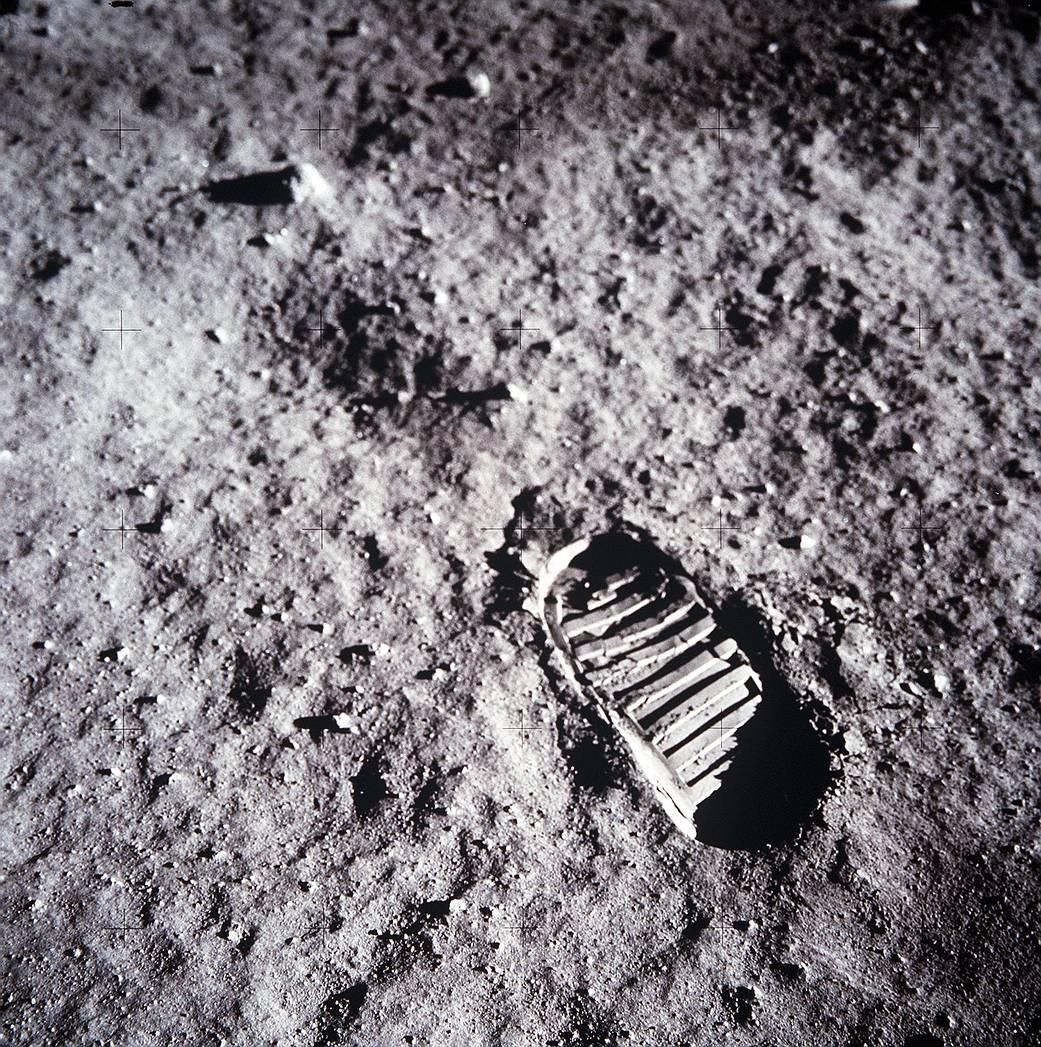 Aldrin’s bootprint on the moon. 50 years later, it remains intact.

When David Grinspoon was nine—and enthralled by the Apollo 11 exploits playing out in his parent’s bedroom that day—he saw the future as “this wondrous thing.”

The moon landing, he says, was “a profound moment in our evolution,” analogous to the first time life was able to exist on land.

“There we were, reaching out again to a new place,” Grinspoon says.

Back then, he thought space would have “much more of a human presence than there is now.” That dream, he admits, is behind schedule.

“But I’m still an optimist. Maybe that optimism comes out of the experiences of that nine-year-old boy, seeing what could be.”

And the future—while taking a while to get here—is still this wondrous thing.

This article was written by Bill Retherford from Forbes and was legally licensed through the NewsCred publisher network. Please direct all licensing questions to legal@newscred.com.

tags: Apollo 11 astronauts featured moon landing Space space history space studies
previous Earning an Intelligence Degree and How It Helped Me
next What Effects Are Social Media Sites Having on Our Lives?
Related Posts